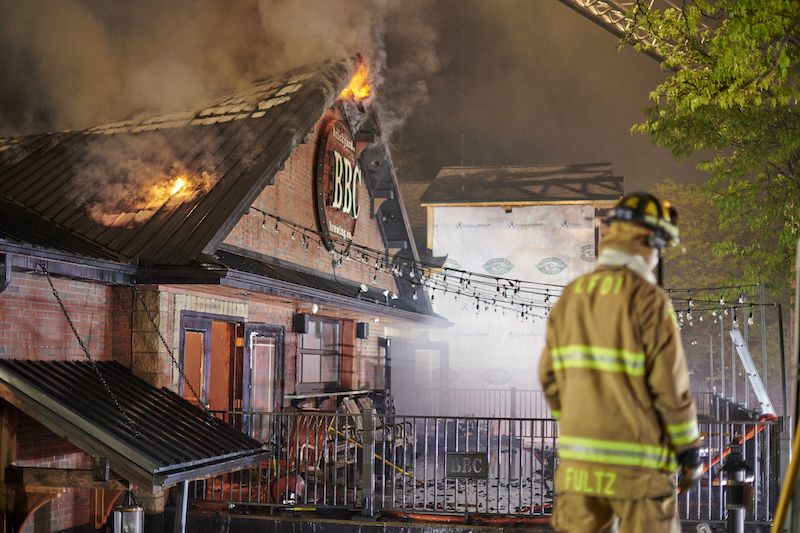 First responders work to put out a fire at the Brickyard Brewing Co., in addition to the Brickyard Pub & BBQ on Center Street in Lewiston. (Photos by Mark Williams Jr.)

A staple of Center Street in the Village of Lewiston endured a tough hit late Tuesday night.

The newer Brickyard Brewing Co., in addition to the iconic Brickyard Pub & BBQ, erupted in flames that resulted in a partial roof collapse.

Due to the COVID-19 pandemic, the Lewiston eateries were only offering takeout, so no employees or customers were inside at the time of the fire.

According to @FBNY_WNY on Twitter, at 10:38 p.m. Lewiston Fire Co. No. 1 received a call for a possible structure fire at the location. At 10:42 p.m., the company was on location and at 10:43 p.m. Lewiston No. 1 called Upper Mountain Fire Co. and the Town of Niagara Active Hose for additional help. Additionally, Youngstown Volunteer Fire Co. and Sanborn Fire Co. were at the scene.

For safety purposes, Center and Ridge streets between Fourth and Fifth streets were closed as first responders dealt with the situation.

The cause of the fire is still under investigation.

Lewiston No. 1 posted, “It appears the fire started in the restaurant and extended into the brewery in the back. More info will be posted once it becomes available.

Outside, as the blaze grew, a group of Brickyard employees and families gathered around and hugged with visible emotion.

A message posted on the Brickyard Facebook page read, “If 2020 couldn’t be enough of a kick in the balls, tonight we faced our most difficult tragedy ever. A massive fire broke out at BBC and has caused enormous damage. Our sign still remains in our window though ‘LEWISTON STRONG.’ The support of our community already is unbelievable. THANK GOD nobody was in the building when this happened. Thank you to every first responder who helped contain this and we will rebuild and be better than ever! @ Brickyard Pub & BBQ”

On Twitter, BBC’s page responded to the matter and said, “This isn’t the end of us. We will be back. Bigger and better than ever. Thank you for all the love and support. #2020Sucks.”

Additionally, Brewed and Bottled Craft Beer Shop, located just a stones throw away from Brickyard, said on Facebook, "Our love and thoughts go out to our friends and family at the Brickyard Brewing Co. The news of the horrible fire and the loss of their building is being felt across our community. In a time filled with terrible news, this is a massive blow to all of us in Lewiston, NY. We have all of the confidence in the world that you will rise again and stand with you to assist in any way possible."

As of 8 a.m. Wednesday, Center and Ridge streets were reopened.

This story is still developing and will be updated as more information is released. 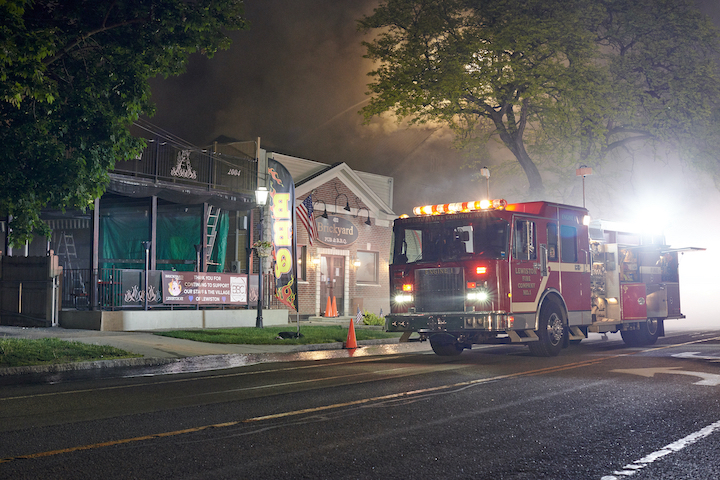 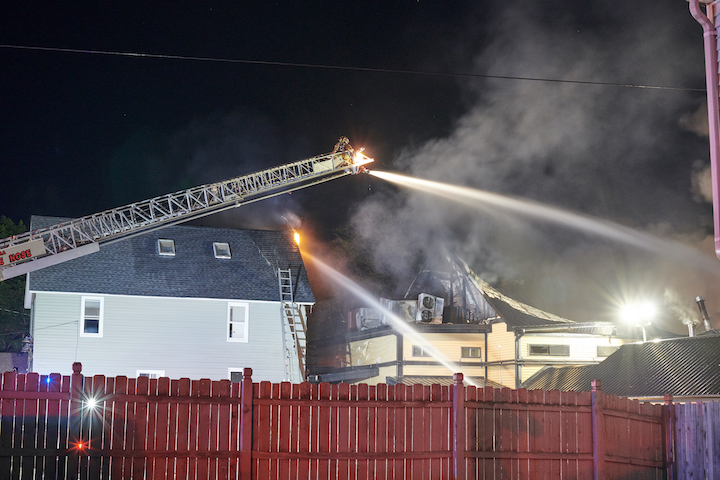 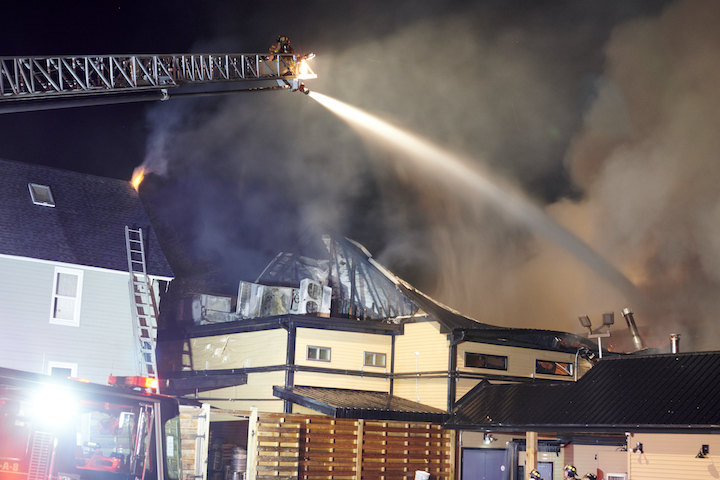 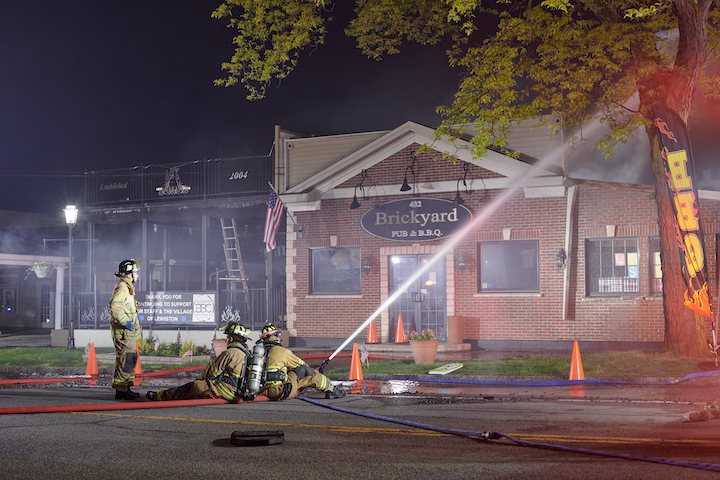 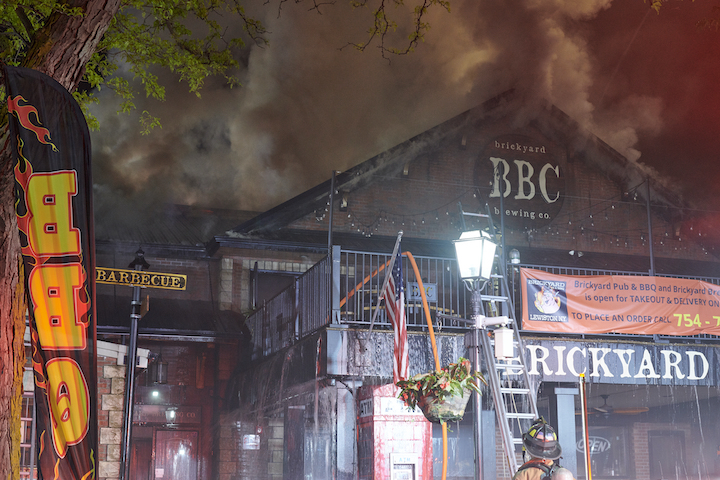 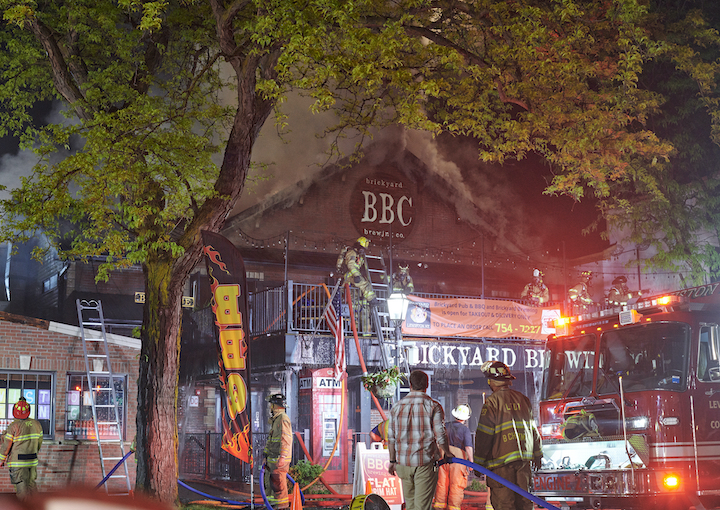 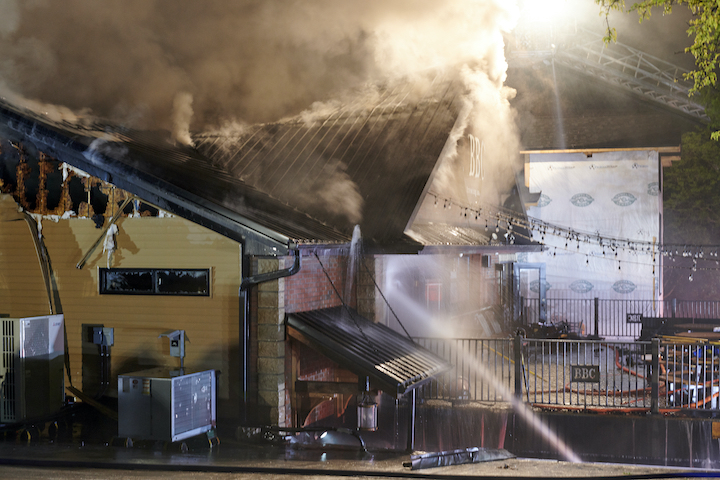 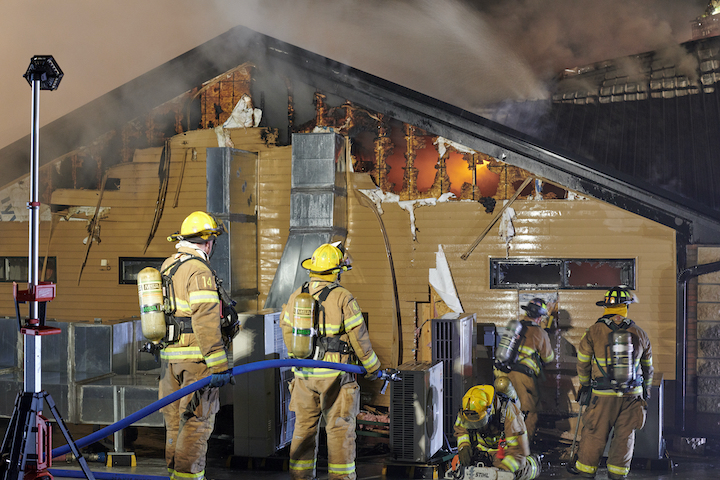 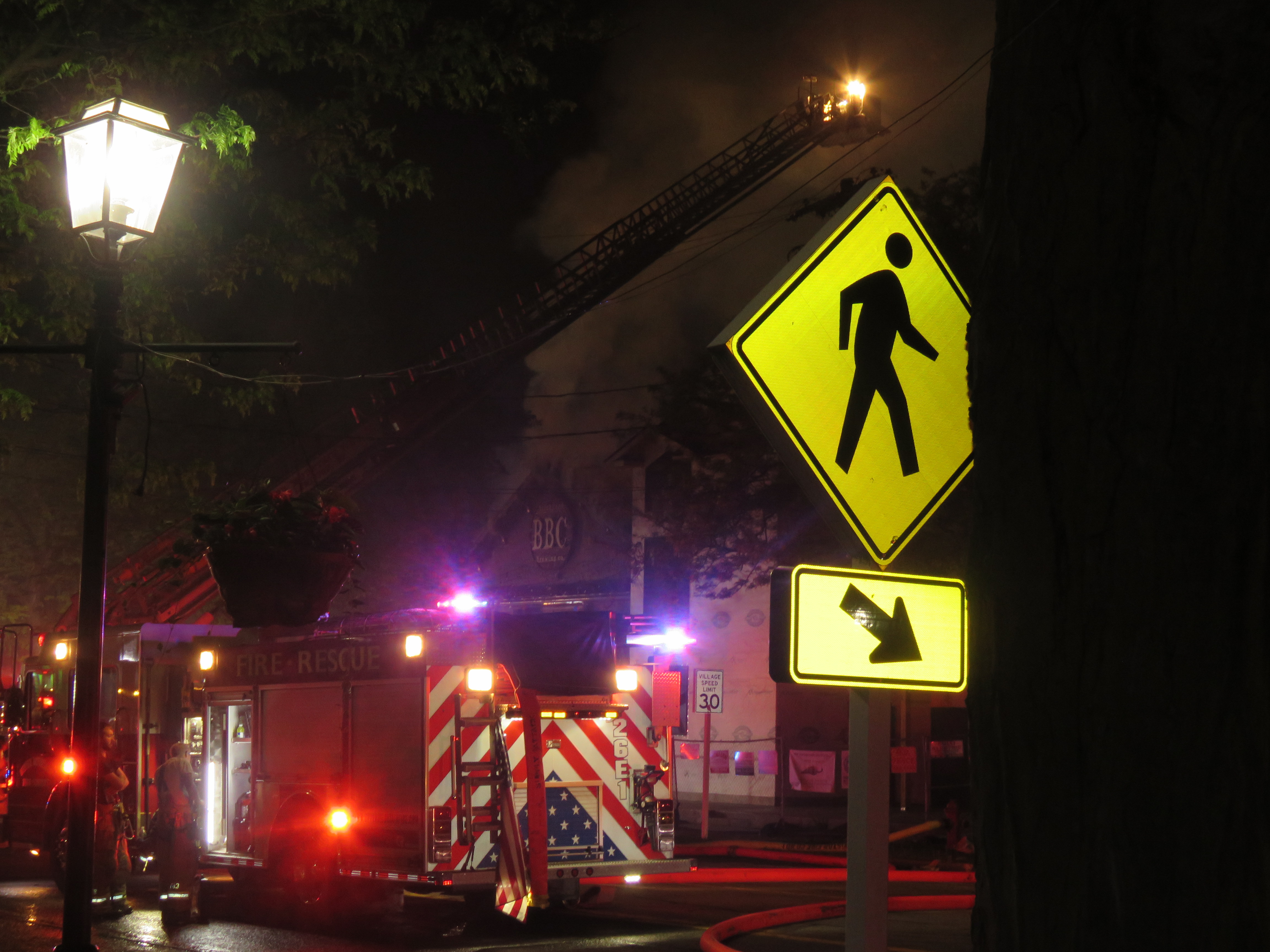 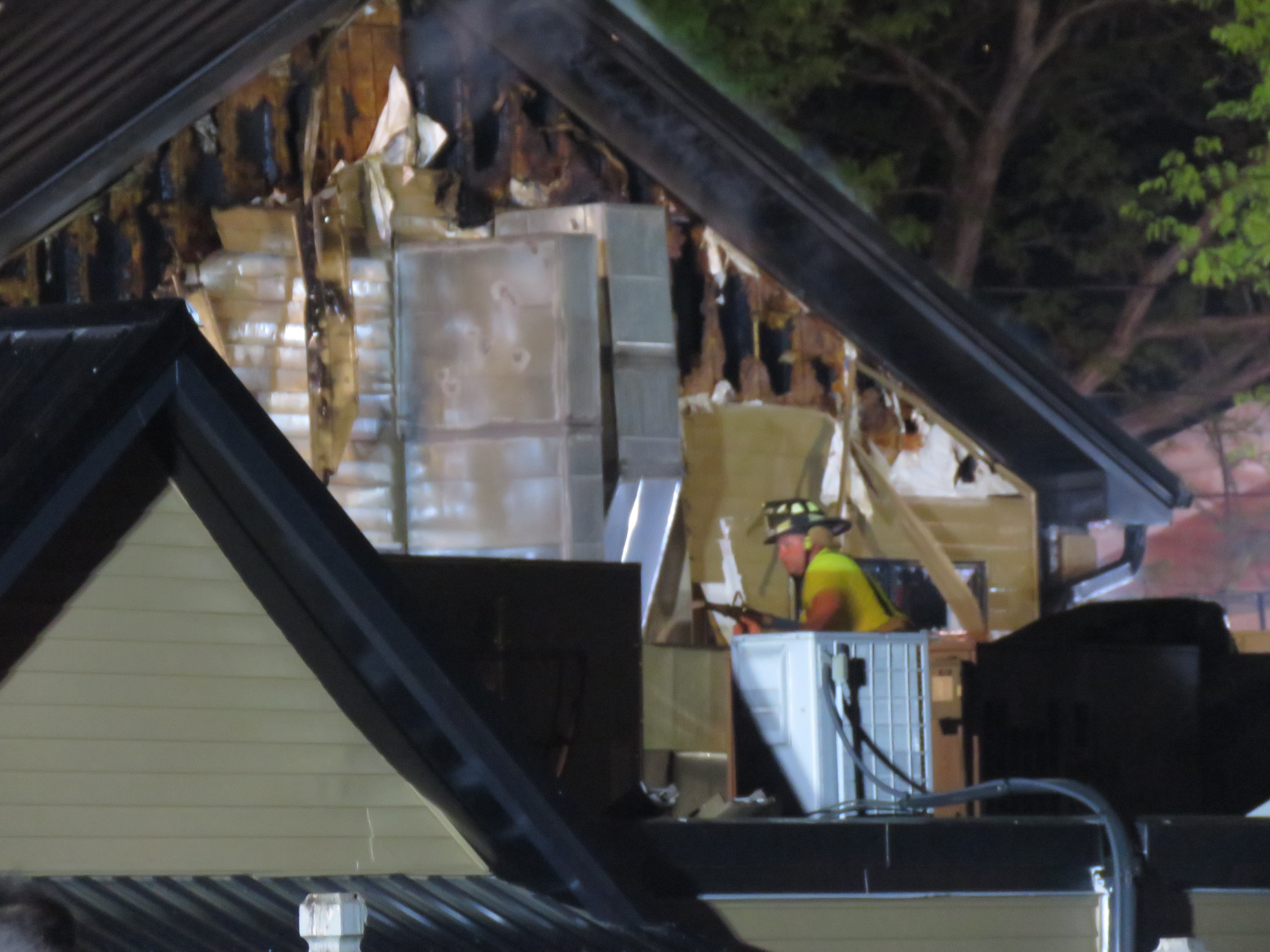 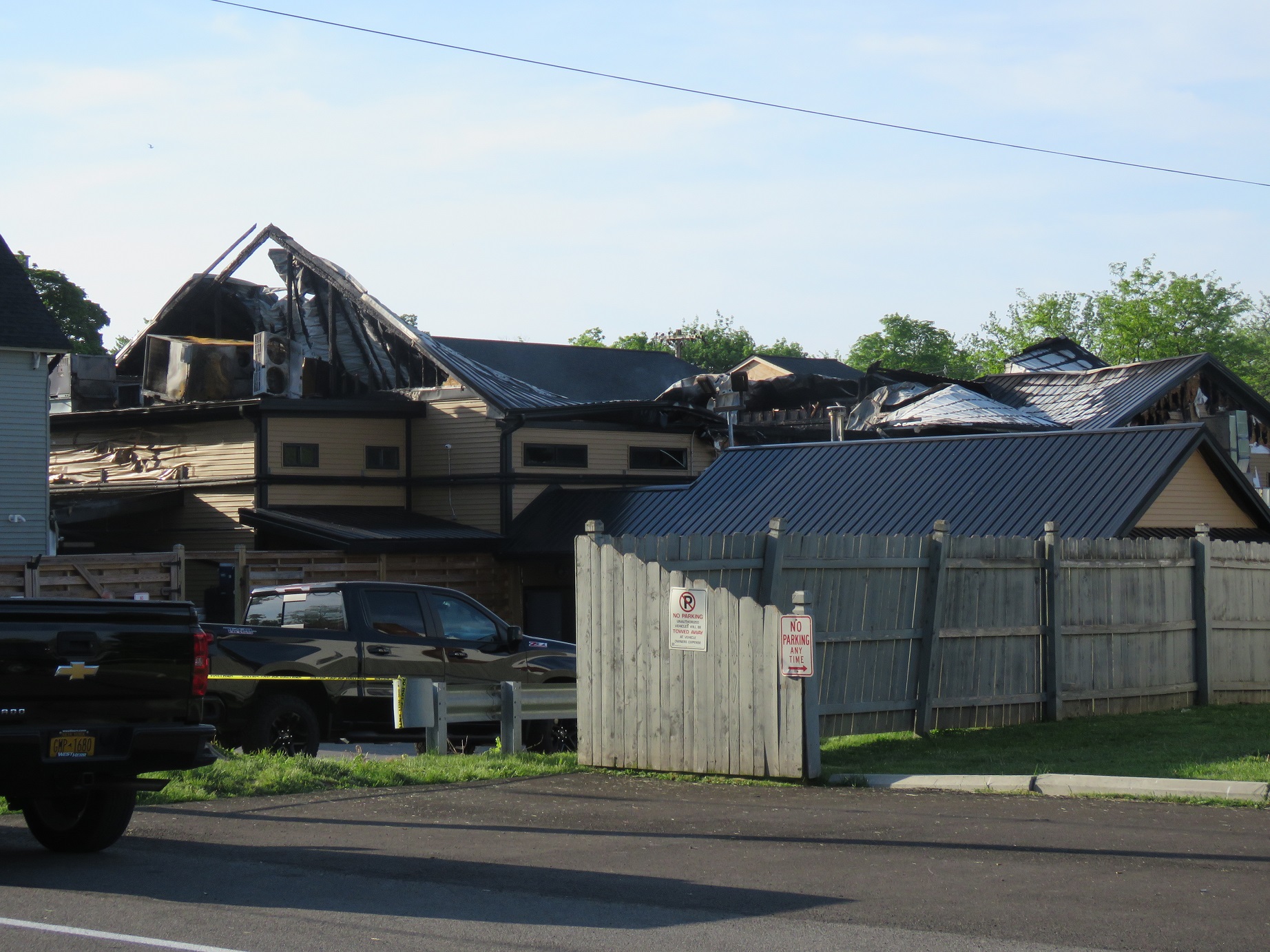 The brewery roof caved in. 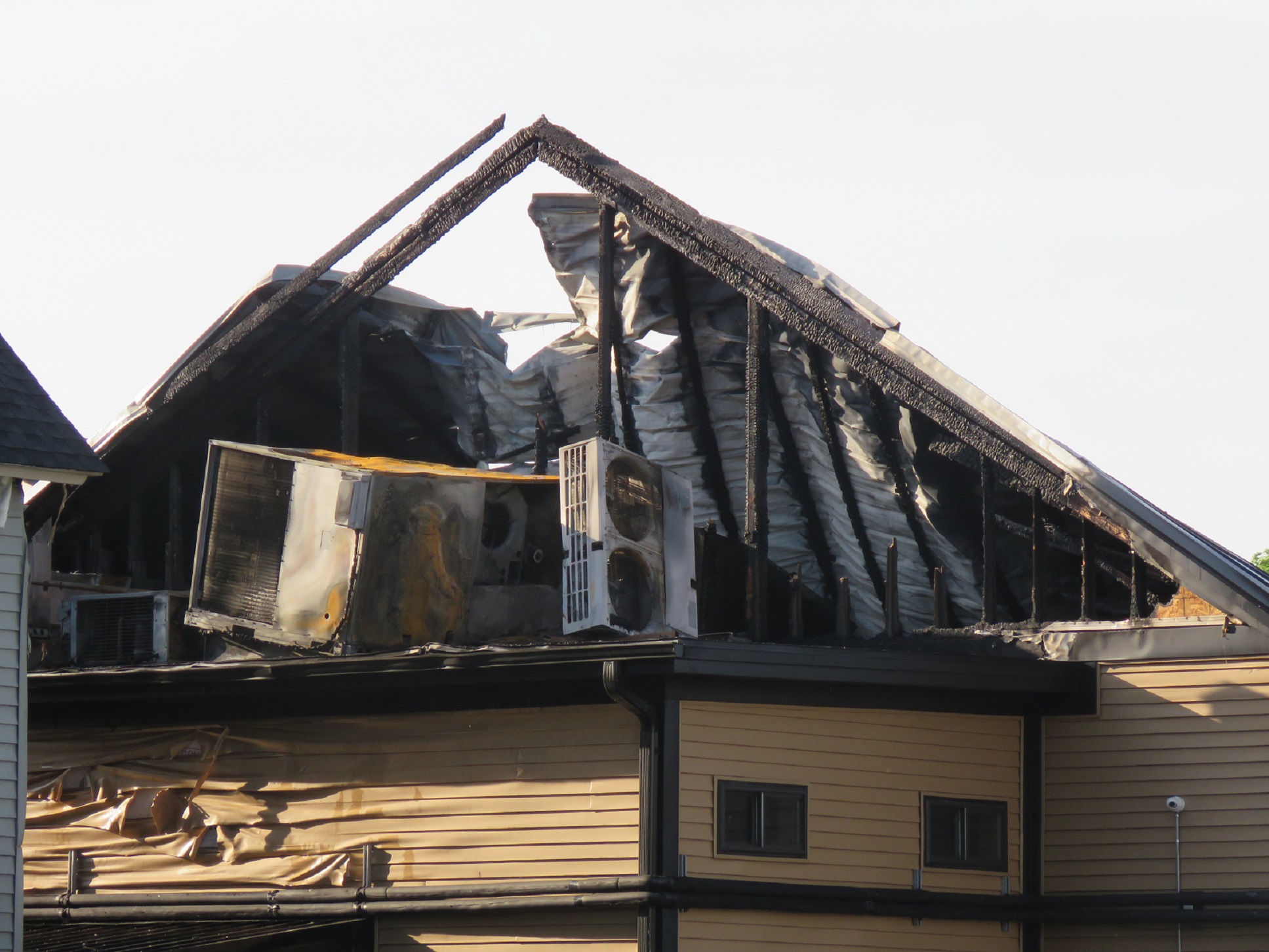 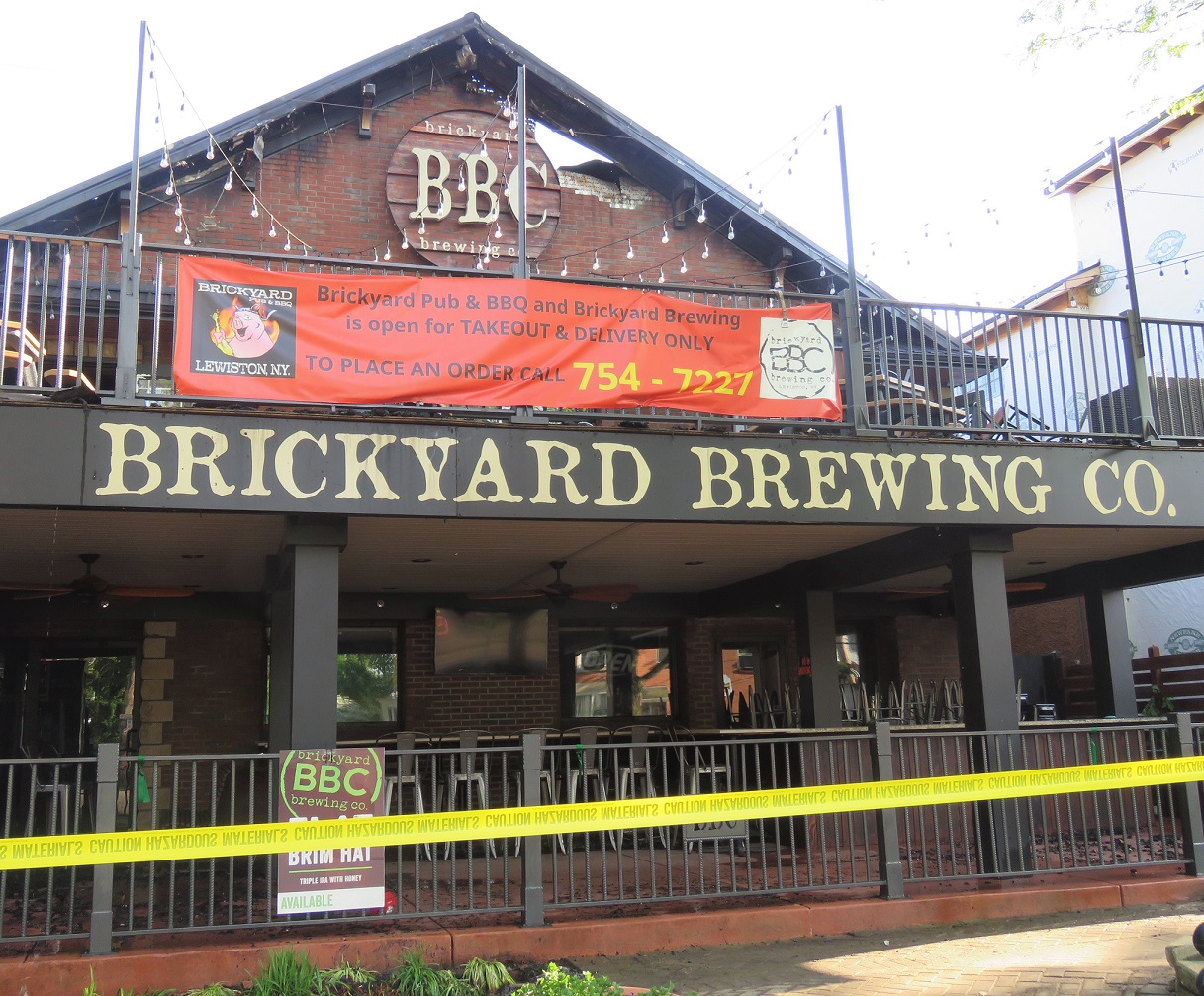 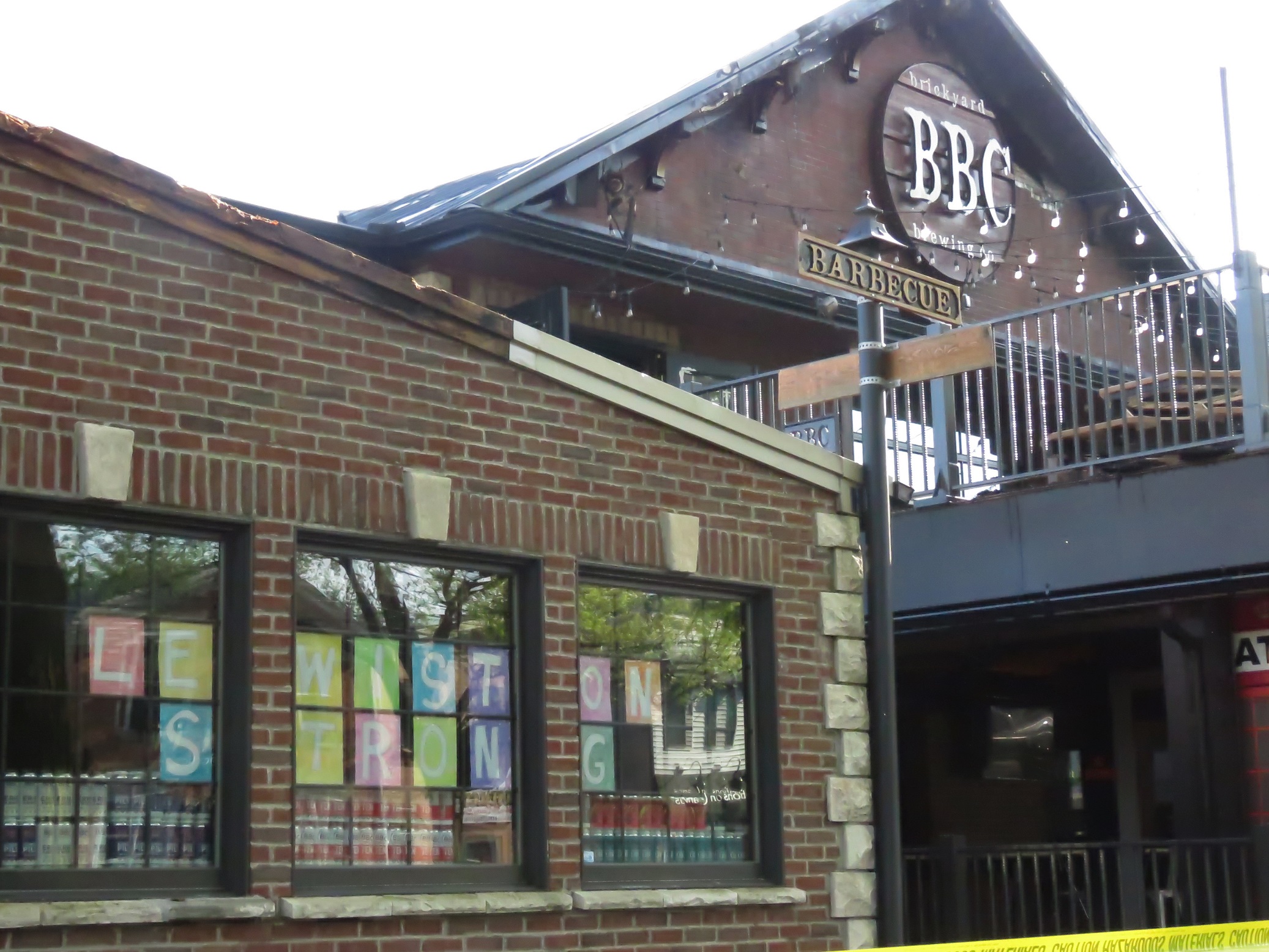